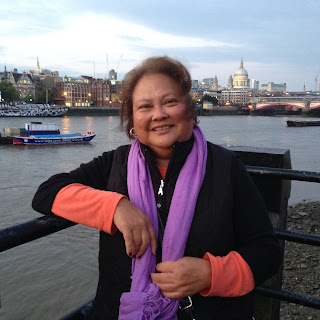 When +Stephanie J. Castillo read a newspaper obituary about her brother-in-law after he died of leukemia at age 40, she had no idea of the impact he had made in this world. She knew Thomas Chapin was a jazz musician, but the story of his life would compel her to tell his story the only way she knew how: through a documentary called Thomas Chapin, Night Bird Song: An Incandescent Life of a Jazz Great.

At first, Castillo interviewed a number of people in the jazz industry just to see if such a documentary was warranted. Would anybody care? Their passionate response about the man and his music fueled what came next.

As a jazz musician, Chapin was on the cusp of greatness. He was well-known in Europe, but his music was just being mainstream-recognized in North America. He gained attention from his performance at the 1995 Newport Jazz Festival with his eclectic sound.

He was called, "a virtuoso, one of the more exuberant saxophonists and band leaders in jazz" by the New York Times. "A typical solo of his moved easily between traditional jazz and the sonic explorations of the avant-garde."

A normal documentary takes about five years to assemble. Castillo worked her magic to do this script in a self-imposed deadline of just eight months. It began with a Kickstarter campaign and the blessing of the family, including Chapin himself, who asked his family to make sure his music would live on.

Because he was such an improvisational artist, the script was also somewhat improvised. Thomas Chapin's music was the main character in his story but it is this filmmaker's gift toward storytelling that has allowed the right blend of interviews, life history, anecdotes, and music to culminate into an unexampled work of art, much like the music.

This isn't just a story about jazz or creating a legacy for the man himself. This is everyone's story. This really became clear when Castillo traveled to see first-hand how young musicians have been inspired by Chapin since his death. Night Bird Song as a story that shows creativity, passion, spirit, love, and what some consider “the divine art of jazz.” The film shares the lessons from Chapin's life that teach us about living: how to live with passion, how to go to the edge of fear with boldness, how to find courage, how to dream, to dance and to be free.

The media that uniquely tells the story about Thomas Chapin can be found through newspaper and magazine links, YouTube, CDs, the documentary, musician bios that credit his influence, and a whole lot more.

The documentary has begun with a director's cut, which is four hours long. That has been whittled down to 150 minutes, and eventually to 90 minutes and a seven-minute trailer. Each version will have its own audience appeal. From there the film has been booked for screenings at well-known jazz establishments. There are interviews, Facebook, websites, blogs, film festivals, and fan-driven content -- each telling a new and unique part of the story, the story of his music. 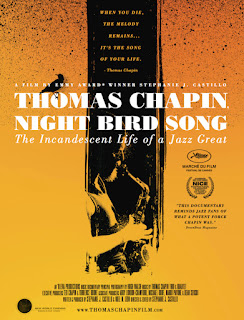 Castillo won an Emmy for her first documentary, Simple Courage, which examined the history behind Hawaii's leprosy epidemic and the compassionate intervention of Belgium missionary priest Father Damien. The Thomas Chapin project is her 10th documentary.

The Streaming Lawyer: How to Use Transmedia for Business

This guy. +Mitch Jackson is fast becoming one of the most talked about Internet thought leaders.

If you've spent any time on Periscope, Blab, Google +, Facebook, Spreecast, Twitter, Snapchat, Slideshare, LinkedIn, and just about every digital platform, chances are someone has either shared a link or mentioned his name.

I met Mitch on Spreecast, when I was doing regular weekly webcasts on SocialChats with +Tonya Scholz, +Susy Rosado, and +Cynthia K Seymour. He is living proof that you can develop deep and lasting friendships online.

Even though I've sang his praises many times (seriously, Mitch, I'm not stalking you!) I would be remiss not to include him in a blog about transmedia.

If there is one thing Mitch Jackson knows how to do it's to leverage transmedia for business.

He is a lawyer by trade, and a good one at that. Here are just a handful of his professional accolades:
Seriously, the list goes on and on. But it is his marketing efforts that are starting to get other lawyers stand up and pay attention. Mitch uses digital platforms to get you to see who he is as a man, not just for law advice. He is a human lawyer, if you will, and he is resonating with all the big names in Internet Media.

Mitch branded the phrase Human Social and uses the website to feature the human side of his interview subjects. Because of his propensity for webcasts, he also dubbed himself as the Streaming Lawyer. Besides regularly scheduling interviews, it seems any time he's between clients, taking a run on a beach, or sitting at a football game with his kids, he is streaming.

The message he sends is motivational and inspirational. He has helped a lot of people become better at communicating online. This is how he has branded his law firm. You see his office, you see his family, you see the person who is fighting for your rights in court, and he is sharing unique content across all mediums. Marketing doesn't get much better than that. When I was a kid, my dad used to gather us up for a day trip to a field somewhere outside of Edmonton to see a crocus field. They weren't real easy to find. The flowers bloomed just as the snow melt, and you had to time the trip just right because the beauty was short-lived. The petals disappeared after just a couple of weeks.

My telling you this story makes it an oral tradition, and the story has been passed down the family line.

Every culture has traditions, and there are traditions unique to every family within those cultures. My dad was Ukrainian and my mother was Scottish, so my ancestry is rich with cultural influence. My immediate family didn't necessarily follow them, but we made up some of our own. There are some traditions, that were unique to a district's culture. For example, I'm not sure if kids growing up in the Ukraine, Russia, or even other parts of Canada had the same "monster" in their closets that took the form of the musical instrument: the accordion. This was commonplace in the city where I grew up. We would all cringe when our parents would bring it out and coax us to learn how to play. Digital media is the perfect environment to preserve family oral traditions. From Instagram to Pinterest, blogs to YouTube, you can individualize a story or turn it into a collection.

The following video is about preserving the oral traditions of the Ifugao people. I hope you can see what I see as your eyes view the first few screens: a multitude of ways to stretch the tradition further through sight and sound via digital media.

This is an example that was posted several years ago by Dr. Pamela Rutledge. It is still the most simple and effective explanation about transmedia.

Everything centers around the main story: the English fairy tale book by Joseph Jacobs.

The image shows just a sampling of how this story can be stretched out into digital media. Today you might add Vine videos, an Instagram photo blog, and perhaps a Pinterest board of house building ideas and cooking recipes.

Any story can become a transmedia project with just a little creativity and imagination.