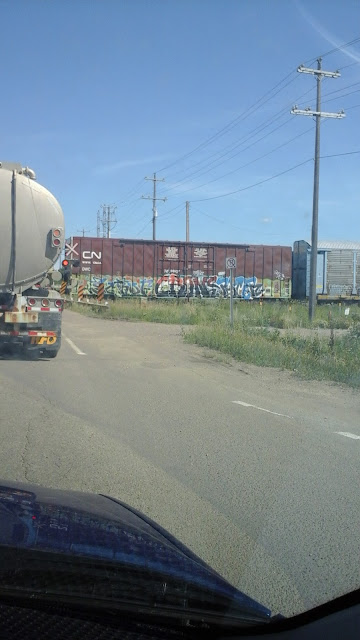 It all started with posting a few pictures of graffiti-painted trains on Instagram. Soon I was seeing likes from profiles that embraced "moving galleries," "graffiti art," and "street art." Upon closer look at these other profiles, I discovered there is a large community of folks who have shown me that what some may call graffiti is really remarkable artwork.

Instagram, Flickr, Google+, and other photo-sharing networks have made it easy for people to showcase their art. These platforms have also helped us rethink our knowledge of what art is. It no longer has to hang in a gallery to be appreciated. The world is a much bigger showcase.

The following are a few samplings of the wonderful street art available on Instagram. This is transmedia in action. 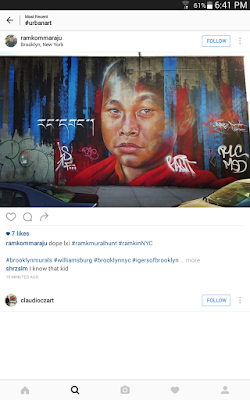 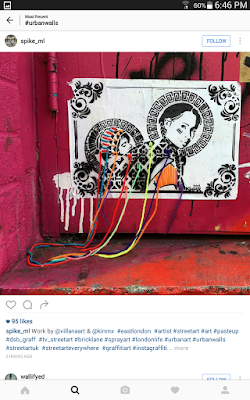 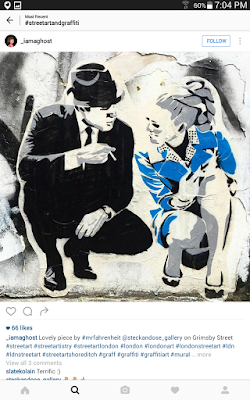 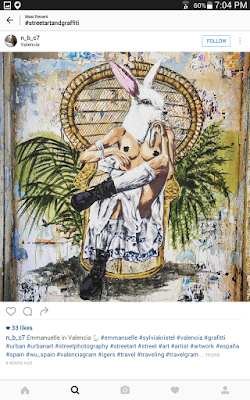 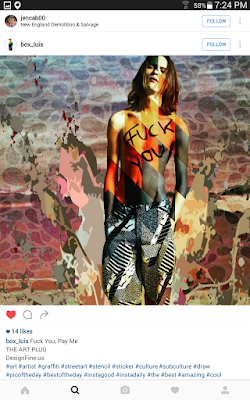 Tell A Story With Photographs On SlideShare If you’re like me, you have a gazillion pictures you’ve taken over the years. Some of them may be quite good. Even if they’re not, chances are they tell a story.
While you may have shoe boxes full of physical prints and negatives that haven’t quite made it to the scanner, if you are now using a digital camera and have amassed a gallery, here is a way to make a cool presentation and show off your talents, for free.
So how about showcasing your photographs on SlideShare?
Open up a blank PowerPoint presentation. If you don’t have Office software on your computer or device, just go to Google Drive and open up a blank presentation. Start playing.
After much gerrymandering of text boxes and blank space, I figured out that if you want a picture to take up the whole slide, upload the picture when you format the slide’s background (right-click on a blank slide and click the format background option). Then you can insert a text box.
Then after you save your completed presentation in PowerPoint (keep it in that format if you should ever want to go back and revise), save it again as a PDF.
Go to SlideShare.net and upload the PDF. Fill out the title, description, and tags. Go back to edit it if you want to add any videos you might have shot that fit the presentation.
Here are some examples of photograph presentations I added to SlideShare.


Inside the NHL Dream from Debbie Elicksen

What You See On Public Transit from Debbie Elicksen

A Walk Around the Neighborhood from Debbie Elicksen

Originally published (edited photograph) on freelancepublishing.net
Posted by Unknown at 7:30 AM No comments:

For those of you who are still figuring out the digital platforms, Instagram is a picture- and video-sharing network for people with mobile devices. It is also a social network, where you can meet and chat with fellow Instagramers in their feeds, or like and share their images.
The platform grew to 400 million in September 2015, to which over 75 million use it daily. Instagram reaches approximately 34 percent of the United States population.
When it comes to storytelling, using Instagram as a transmedia tool can be powerful.
Dave Amirault shows how to use it for an event. From there, there you can use your Instagram settings to automatically share your photographs in other networks or use other network-sharing platforms, such as Buffer, IFTTT (IF This Then That), and Hootsuite.
So how would it work as a transmedia tool? Let’s take the movie The Imitation Game. It is the story about the man behind what is considered the birthplace of the computer as we know it today.
Of course, there is the obvious: setting up the Instagram account as The Imitation Game, and then posting imagery surrounding the still shots from the movie, behind the scenes, or the actors involved. This kind of account may have a limited shelf life. While movies do live on and become classics after so many years, the appeal of the website or social media pages tend to wane because after it has been relegated to the DVD, the social content for that particular film runs dry. The production company has already moved onto the next film.
There is another way to keep the content going, while keeping the film “out there” for the long-term, as long as there is a community manager posting to it regularly.
Turn it into a fan site. Start posting fan art related to the movie. Maybe even find a fan you can trust to manage the community.
Instead of the movie title, you could make-up a creative version of IBM’s Watson Computer. This link (about some of the innovations computers have generated) is an example of some of the content that could be shared via photographs, but with your own spin, using the movie stills or solid backgrounds.
Your mind is only as limited as your creativity.


Originally published October 29, 2015 freelancepublishing.net, Debbie Elicksen
Posted by Unknown at 7:30 AM No comments:

Using a Hashtag to Create a Movement

Twitter is a formidable platform. When it is used for good, there is no greater viral.

The most powerful symbol on the Internet is this #, the Twitter hashtag. It represents relevant keywords or phrases that anyone can search, then jump into the conversation.

Using the search tool or by viewing the hashtag list of what is trending right at this moment, you can find breaking news, tips, opinions, election results, popular conversations, or just random stuff any second of any day.

There are hashtags that will show up and trend during a high profile event, such as the Super Bowl #leftshark.

People (and companies) try to use hashtags all the time to create followers, such as #FF (Follow Friday), #tbt (Throwback Thursday), or just #love.

#JeSuisCharlie created a worldwide movement after the 2015 shooting at the headquarters of the Charlie Hebdo newspaper in Paris. In English, it means I Am Charlie, and it represents standing up to those who want to silence freedom of speech. It was a hashtag used to mobilize citizen journalists and to honor the integrity of the written word.

#BlackLivesMatter became a household phrase and has been used outside of Twitter as much as on the platform. It is a term that grew out of the disturbing trend of black men dying at the hands of police across the United States. It morphed into a civil rights movement to engage the conversation of how black citizens are being marginalized and oppressed through economic and systematic targeting.

We also witnessed back in 2011 during Egypt's revolution to oust President Hosni Mubarak where Twitter was used to mobilize protesters and as a witness to the events.

However, it was the 2009 Iranian presidential election protests that put Twitter at the top for creating a movement. In a country where Internet was banned, where the only source of news was state-run media, virtual private networks and Twitter were how protesters were able to inform the rest of the world about their plight. But it was #Neda that put the protest into every search engine and every North American news channel. Despite how the Iranian government denied it was brutalizing its citizens, when the image of Neda Agha-Soltan being shot and dying in the street was posted to YouTube, the outrage could be heard around the globe.

Twitter is a powerful instrument for the transmedia toolbox, if it's used right. There is no sure-fire recipe, except that each project has to be evaluated on its own in order to create a strategy. Perhaps the best advice the Internet can give us is to think through the what-could-go-wrong possibilities before pushing it live.

Posted by Unknown at 7:30 AM No comments: